Judge Josh Berkowitz is honored to serve on the Hamilton County Municipal Court & to ask for your vote for re-election on November 5th!  Serving on one of Ohio’s busiest courts, Judge Berkowitz has decided over 20,000 cases from across Hamilton County, including criminal, traffic, and civil cases.  He has earned a reputation for fairness, efficiency, & commitment to the rule of law. 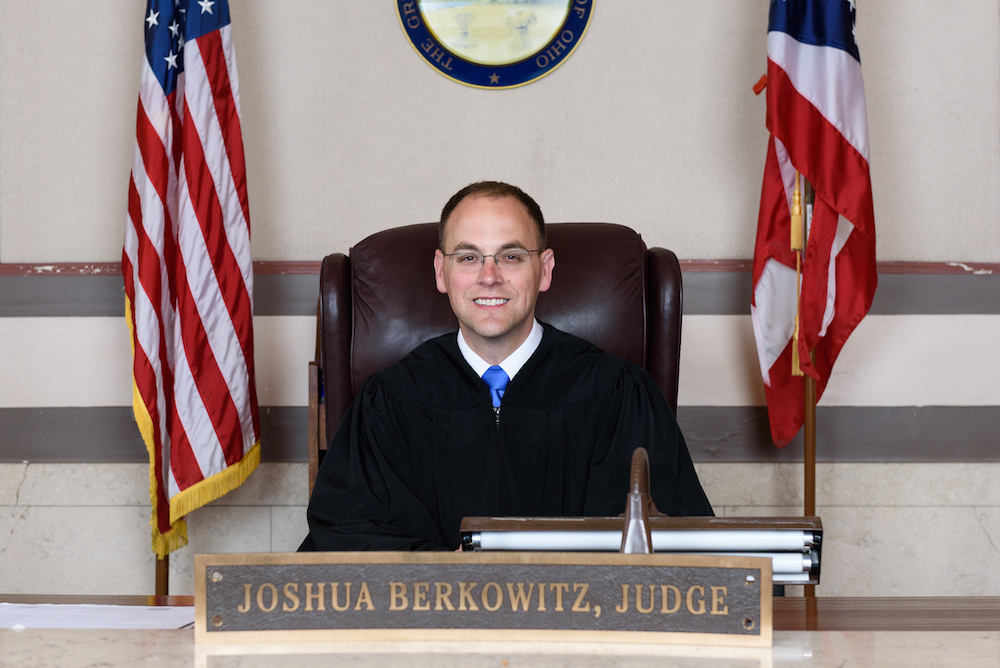 Judge Berkowitz was born and raised in Cincinnati. He earned a Bachelor's of Arts in History from the Ohio State University and a law degree from Capital University in Columbus, Ohio. Following the bar exam, Josh practiced criminal defense and later joined the Franklin County Prosecutor's Office in Columbus. In 2008, Josh returned to Cincinnati and joined the Hamilton County Prosecutor's Office.

Judge Berkowitz and his wife, Beth, live in Norwood, where they are raising their three children. Josh currently serves as a board member for the Hamilton County Law Library Resources Board & on the Centennial Committee of the Hamilton County Courthouse, planning events to commemorate the 100th anniversary of the opening of the courthouse this October! He volunteers his time for organizations such as the Yellow Ribbon Support Center & the Sacred Heart Ravioli Dinner.

Judge Berkowitz is a devoted husband and father, and an active member of this community. He is dedicated to making Hamilton County a safer, stronger place to live, work, & raise a family.”

It is an honor to serve as your judge. My pledge to you is to always follow the law as written, to treat everyone in the courtroom with dignity & respect, & to work hard to ensure that justice is served, one case at a time.